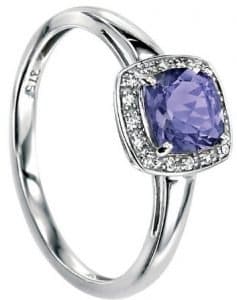 Iolite derives its name from the Greek word Ios, which translates to violet – this alone should tell you about the lengthy admiration, and the color of, this beautiful gem.  Iolite is one of the more durable stones, though it appears feminine and light, which makes it a great option for the working man or woman.

If this stone, which is also often alluded to as a water sapphire or Viking’s compass, sounds like something you might be interested in, read on.

Before buying a ring embellished with this brilliant stone, it is important to be well versed in the mineral itself and all the factors of buying a tanzanite embellished ring, ownership, and upkeep.

Iolite is a stunning light violet stone that is as magnificent and shiny as it is durable. In fact, Iolite is one of the more durable stones in its price range, making it a magnificent option for the future bride or groom that works with her or his hands. Rather than overwhelming you with a list of useless knowledge, we will narrow the important factors down to two simple components of Tanzanite that we find most useful to the average consumer.

First, Iolite sits pretty high on its level of durability. On the hardness scale, Iolite finds itself on a very comfortable 7.5, making it scratch resistant to matters that fall at a lower number than 7. To test the authenticity of your Iolite gemstone, scratch the surface with an item that is in the 1-6.5 range of the hardness scale – a fingernail, for example, sits at a low 2 – if your nail leaves a scratch on the Iolite, the stone you’re dealing with isn’t authentic.

If you’re well versed in testing specific gravity, the specific gravity of Iolite is 2.61. If none of that made sense to you, don’t worry, it doesn’t to the majority of consumers. A quick Google search will turn up easy to follow steps on testing for specific gravity and, if you’re unconvinced as to the authenticity of your stone, they may make for a useful experiment.

In terms of color, Iolite is very similar to Tanzanite – in fact, it is not uncommon for Iolite to be used as a very passable imitation for the precious stone. This is a very big compliment to Ionite and speaks volumes in regards to the gems beauty.

Ionite is pleochroistic – this means that the gem is seen in different colors depending on the angle from which is is viewed. The colors that it is often a time seen in range from purple-blue’s to violets. This trait also affords a skilled jeweler to optimize the variety of hues by multi-dimensional cuts that allow different angle perceptions at once.

Iolite is naturally found in its durability and requires little to no enhancements to promote the stones value or natural beauty. 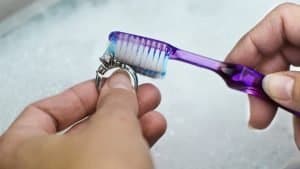 As you can imagine, with its durability and lack of necessary enhancements, Iolite does not require extensive special care. However, despite its high durability, Iolite can still be scratched and chipped by harder stones and items. Iolite is not damaged by heat or direct sunlight, but as with any stone, it is recommended to clean your Iolite with a soft cloth and warm water and soap.

It is important to remember that Iolite can be scratched by matters that hold a hardness level of 7.5 or higher so it is smart to store your beautiful gem encrusted ring in a secured box, pouch, or away from any diamonds or products that may flaw the stone.

It’s surprising that Iolite is still as affordable as it is – especially considering its similarities to the more highly valued Tanzanite. This affordability can be attributed to the abundance of them gem. Iolite can typically be purchased for approximately $80.00/carat, but the exact price will depend on the typical contributing factors: cut, color, clarity and carat. 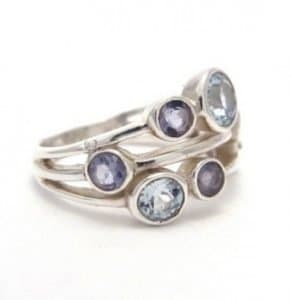 A clear and blemish free stone, cut in a manner which highlights its pleochroism and refractivity while capitalizing on the beauty of the hues, will sell for a much higher rate than similar gems that only do one or two of the aforementioned things.

The price of an Iolite encrusted ring will also be dependent on the material of the band in which the Iolite is set in – a platinum Iolite ring will undoubtedly be valued higher than a silver one.

It is folk lore that Vikings used Iolite in their travels. Some folk stories state that Vikings used slices of iolite to reduce the glare of the sun while determining the suns position in the sky – other’s state that the gem was used to pinpoint the location of the sun in the sky on cloudy days. Either way you look at it, the history of the Vikings can be a part of your big day! 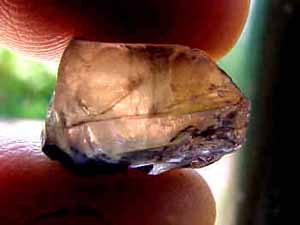 1. If you have an Iolite stone and want to get it cut down to make a custom cut ring, be sure to take your ring to a professional jeweler or gemologist. Iolite, much like diamond, can crack under pressure when it isn’t carefully cut.

2. Iolite is a versatile ring that can be purchased in numerous cuts and accents a wide array of bands – shop around to ensure optimum satisfaction with the ring you decide to go with.

3. When buying a used or antique gem, make sure to get it inspected by a certified gemologist for imperfections that may not be visible to the naked eye. When buying a Iolite and diamond ring, be vocal in wanting certifications on the diamonds that you’re buying.

4. It is rare to find an Iolite ring over 5 carats – if you find one and see it as affordable, be weary as to the authenticity of the stone.