The oldest known jewelry dates back 100,000 to 135,000 years ago in Skuhl, Israel in the form of perforated seashell beads – though other organic materials such as teeth, bones, skulls and ivory have dated back to similar times and are believed to have been commonly used as well. As of 82,000 years ago, we began seeing decorative jewelry with the discovery of similar perforated seashell beads in the form of a necklace, and decorated with painted on red ochre. The very first wedding and engagement rings date all the way back to prehistory. Prehistory is commonly defined as the period before written history, so little information is known, and what is known is largely based on artifacts and speculation. A common speculation about wedding and engagement rings during this era is slightly disturbing and rests on the idea that prehistoric wedding/engagements held very little romance – in fact, they originated through kidnapping.

It is commonly believed that cavemen would kidnap their spouses and keep them bound using twine and hemp to prevent their escape – once their captives became submissive to them, the twine and hemp originally used to keep them bound would be reused to create a small ring for their fingers. It is also theorized that the cavemen believed that this twine ring allowed the captor to have control over his wives soul. 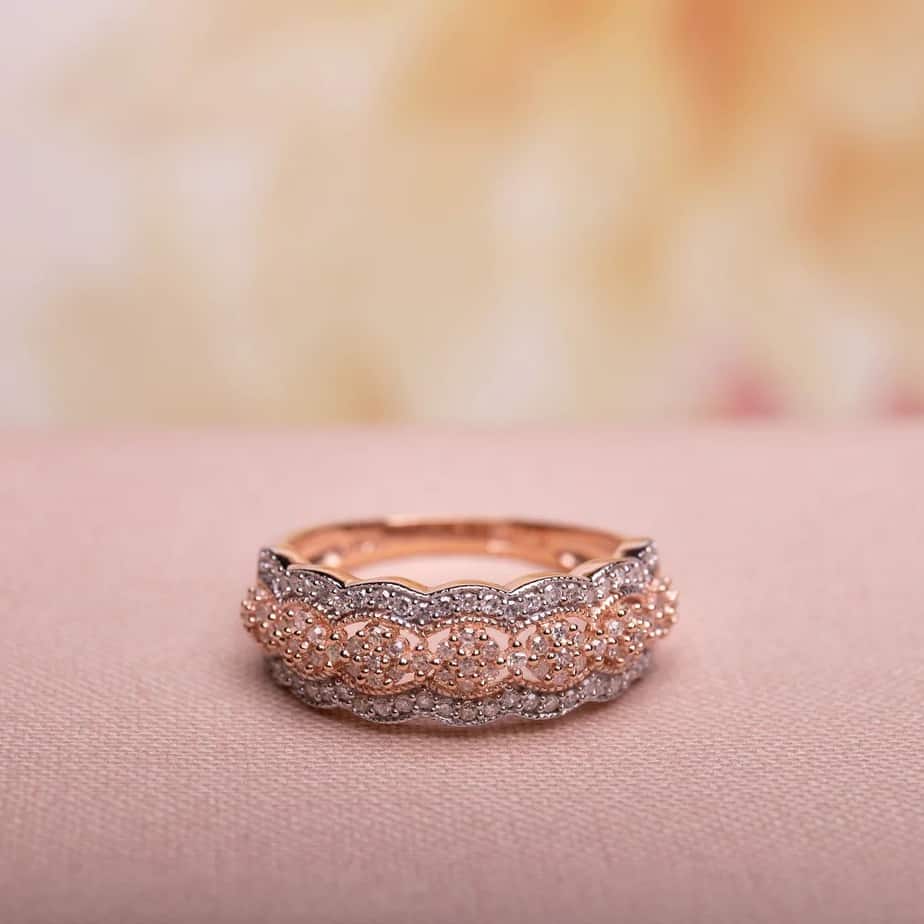 Find the perfect vintage ring your looking for from Overstock's wide range of ring selections.

Ancient history studies the civilizations of the Mediterranean and Near East until approximately A.D. 476 and will be our next era of focus when looking into the different eras of jewelry and wedding/engagement rings.

Ancient Egyptian had a fondness for organic materials, particularly reeds, bones, leather and ivory, when creating their beautiful and intricate jewelry. Ancient Egyptians had a more romantic interpretation of the wedding ring than their prehistoric predecessors. Hieroglyphics have told historians a history in which the shape of the ring itself, the circle, symbolized eternal life, while the opening in the center was believed to be a portal to a future between two newlyweds. The Ancient Greeks were fond of golds inlaid with colorful gems and crystals. In Ancient Greece, jewelry was often passed down from generation and generation, and such, began the idea of family heirlooms. Ancient Greek jewelry was often hammered and cast, but jewelers are largely unknown as they stayed largely anonymous in name. The Ancient Greeks had a simple notion for engagement and wedding rings – the engagement was symbolized with a plain gold band worn on the left hand, and then the marriage required moving the same band to the right hand. The Ancient Romans were very similar to the Greeks in matters that pertained to jewelry and marriage. Much like Greece, those in Ancient Rome had a preference for gold dressed in colorful gemstones and colored glass. The Romans, along with the Greeks, were also the only people that followed monogamy in marriage! Engagement rings were purchased if the purchasing party was able to afford them, but they were not as customary as they are today. In ancient India, gold was the most adored form of jewelry. The love for jewelry in India is still prominent today, but back in Ancient India, it extended to the extreme of dressing animals, such as elephants, in intricate gem studded pieces. The love for jewelry in India most likely stems from the cultures belief in the mystical qualities of certain pieces and the thought that they can protect the individual wearing them from evil. Polygamy was allowed in Ancient India, and it was believed that love before marriage was a sin. The middle ages extended from the 5th to the 15th century, or from the 400’s to the 1490’s. This is an extended period of time, but for the most part, the jewelry trends stayed close to the same.

Jewelry in the middle ages focused on the status of the owner and was a sign of social hierarchy – if you were rich, you’d be able to afford and wear precious metals like gold and silver, studded with beautiful stones and diamonds, conversely, if you were on the lower end of the hierarchic scale, your jewelry would probably be made from poorer metals such as copper and pew. Jewelry in the middle ages was hard to wear – the garments worn in this era made it hard for women to wear bracelets and necklaces that would be visible on a daily basis. For this reason, jewelry in this time frame served a functional purpose: gem encrusted belts, crowns and tiaras for nobility and beautiful and elaborate brooches for clothing.

The middle ages also saw a spike in wedding related laws. One example of such laws is seen in the decision of the Council of Westminster of 1076, which states that “no man should give his daughter or female relative to anyone without priestly blessing”, that is, that a priest has to bless a marriage for it to be legal. During this era we also see laws that forbid incest – though relatives still could wed, now they can no longer be closely related. The weddings of the middle ages were based on an individual’s worth, rather than on the traditional notion of love – the wealthy weds the wealthy, the poor weds the poor. These unions were arranged and a young lady might be arranged with a young man at an age as young as 12.

The engagement period of the middle ages was considered to be as legally binding as a marriage itself. The couple would get engaged in front of a priest, where they would exchange gifts and kiss – they then had to wait a mandatory 40 day period before getting marriage.

The bride would get an engraved engagement ring has her engagement gift while the groom would traditionally get a piece of the brides dress or stocking as his. The engagement rings, unlike today, were worn on the third finger of the right hand. When it was time to wed, not everyone was able to afford the wedding bands associated with the act. While nobility would often opt for gold and silver bands studded with diamonds, the lower class would split a coin, each spouse always holding on to their half.

Find the perfect vintage ring your looking for from Overstock's wide range of ring selections.

Check Prices
We earn a commission if you click this link and make a purchase at no additional cost to you.
Click here to cancel reply.