The rarest colored diamonds in the world are red diamonds. The scarcity of these diamonds means that they’re quite expensive in an unmodified, untreated state. 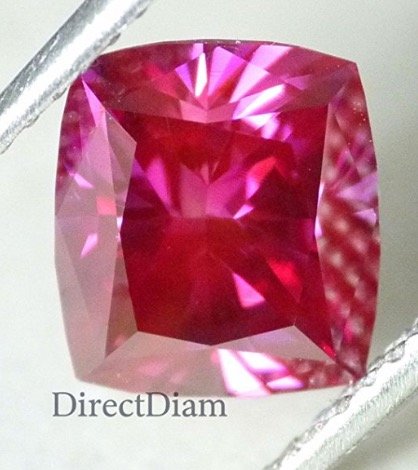 While some of the other diamonds like the blue or pink diamonds are considered rare as well, they have famous stones like the Hope Diamond or the Blue Moon, which are pretty large. Red diamonds have a famous counterpart in the Moussaieff Red, which is the largest red diamond in the world. That diamond is only 5.11 carats.

Each year, only a few red diamonds are mined from around the world. This rarity meant that they weren’t really sought after until the late 1980s. In fact, there wasn’t much demand for red diamonds until April of 1987 when a red diamond weighing less than a carat was sold at auction for almost a million dollars.

The Fancy Purplish red diamond was sold by Christies, which is famous for its auctions of rare and expensive items, and it sold for $927,000. The stone was later to become known as the Hancock Red. It wasn’t until 1998 that the famous Moussaieff Red was cut and sold. In between these times, the red diamond has fluctuated in attention.

There’s an exhibit at the Smithsonian that features “The Spendor of Diamonds” and shows the key attraction; the Moussaieff. It’s been on exhibit since 2003. 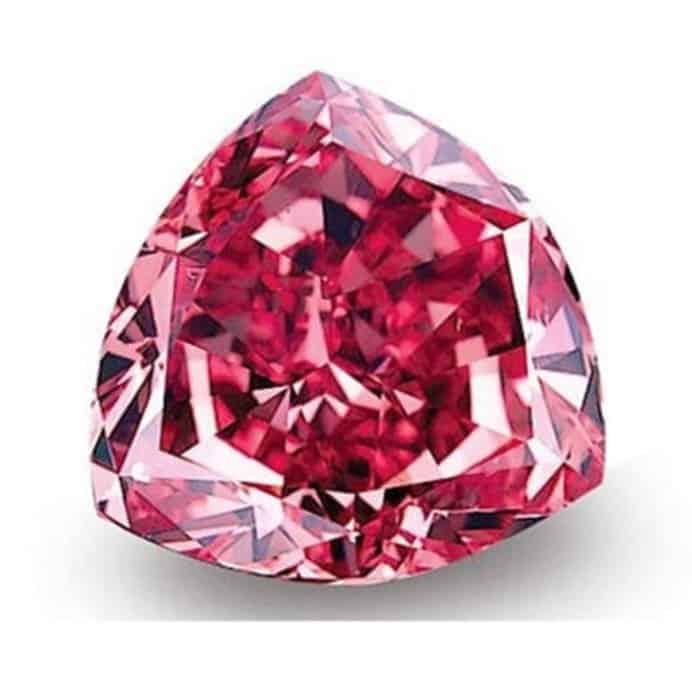 Even a 0.72 carat round loose diamond can be priced relatively high compared to other colored diamonds.  Take a look at the diamond below – beautiful color, but it doesn’t come cheap either. 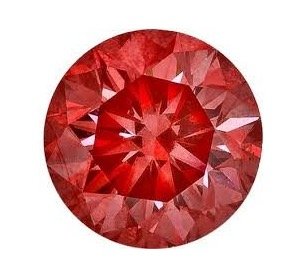 Shades of Red, Grading, and Saturation

In other diamond color categories, there are Light and Faint while that’s not true with red diamonds. When you get down to light or faint shades of red, you’re moving into pink territory. In fact, some jewelers consider some of the lighter colors of red to be saturated pink. In red diamonds, you’ll only see Fancy Red as a grading or intensity level.

How Does a Red Diamond Form? 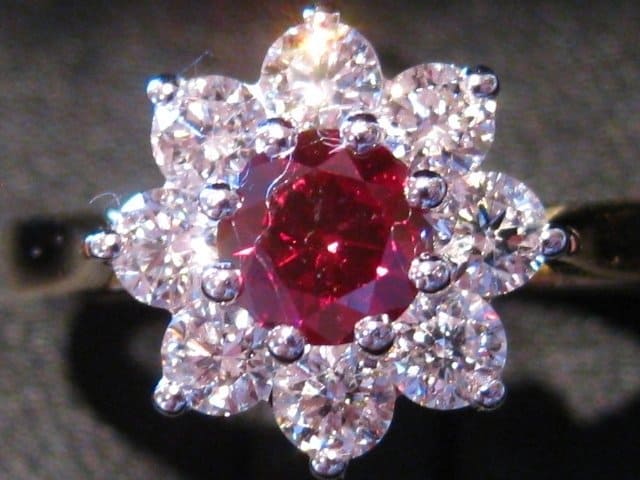 What Mine Produces Red Diamonds?

Red diamonds are mostly found in mines located in Africa, Brazil and Australia. The Argyle Mine in Australia produces much of the world’s rare diamonds like the red, pink, purple and blue diamonds.

Red Diamond Grading by the GIA

The GIA rates the cut, clarity and color of a diamond to determine the depth of color and the clarity of the stone. The color and clarity can impact the prices of all diamonds whether they are white/colorless diamonds or colored ones.

When red diamonds are taken from the mine and brought into the cutting room, they are not modified with brilliance in mind like other diamonds. In fact, white or colorless diamonds are cut into round brilliant shapes more often because it really enhances the brilliance and fire of the diamond.

In red diamonds, they are cut to enhance their color. When choosing your diamond, you should be focusing on the quality and depth of the color long before you settle on the cut of the diamond.

Shapes of a Red Diamond

With the round cut producing a low color saturation that isn’t ideal in a red diamond, which depends on its color for its uniqueness, the round diamond cut isn’t a good choice. Instead, you should focus on shapes that increase the color and really make it deep and as rich as possible.

Some of the best shapes for a red diamond are:

The color of a red diamond should be uniform throughout the stone. There shouldn’t be any splotches of dark or light areas that will mar the uniformity of the shading. When there are shaded or lighter areas, the price can drop compared to other red diamonds of the same size.

Clarity of a Red Diamond

Red diamonds have an intensity that can often mask large flaws. The color is often the primary factor in assessing the clarity of the diamond. If the flaw or inclusion is smaller, it won’t mar the color of the red diamond. In all the colored diamonds, the red diamond is more dependent on its color staying as even as possible. Imperfections are not going to be as visible if they don’t mar that color.

On the other hand, a purplish red diamond can cause prices to rise on a diamond that is already incredibly costly. When the colors are listed as purplish red or brownish red, that means that the secondary color is more dominant while the one listed with -ish, is a tint. If the stone is called purple red, that means both colors are equal.

This Leibish Fancy Purplish Red radiant shaped diamond costs more than the previously-mentioned red diamonds based on the tint color of purple. 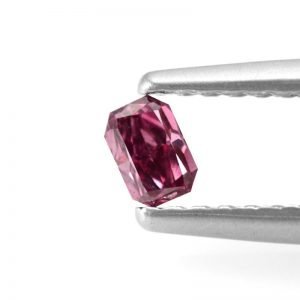 The Hancock Red Diamond is a 0.95 carat red diamond that was named after Warren Hancock. It wasn’t fancy for its size but it’s color, which is a purplish red.

The Rob Red is a Fancy, pear-shaped red diamond that is 0.59 carats. It’s one of the purest and most saturated red diamonds in the world.

The supreme purple star is a round cut diamond with a real debate about color and clarity. From one angle, it’s a deep purple while from another angle, it’s a purplish red.

Here is a video showing some of these famous red diamonds…

Diamonds can be irradiated or have high pressure, high temperature applied to them. It’s also known as HPHT. Simulated red diamonds are ones that are created in a lab environment using some of the same materials found in a real diamond. The only way to tell the difference in a simulated diamond is with a microscope.

Many investors will buy red diamonds and hold them to sell a few years later, while collectors will add them to a collection of other beautiful colored diamonds. These types of buyers do not want to purchase irradiated or simulated red diamonds, but they’re a good choice for someone who loves the deep red of the diamond. If you have your heart set on a red diamond, treated diamonds can be a great substitute. They’ll give you that deep red color without the huge price tag.