Precious metals have been used in jewelry for thousands of years, because of their luster, intrinsic value, and ease of working with.  The three precious metals that have been around the longest and are still among the most popular are gold, silver, and platinum.

Of the three gold has always been the long-time favorite of jewelers because of its qualities and ease of working with.  One of the best qualities of gold is that it does not oxidize, corrode, or tarnish.  The only things that can corrode gold are a handful or rare acids and also hot chlorine bleach.  The reason that gold is so easy to work with is because it is soft, which is also gold’s weakness.  Pure gold is soft and can be dented and scratched fairly easily, therefore pure gold is not quite as common in jewelry nor is it wore as often as owners don’t want to damage their pieces. 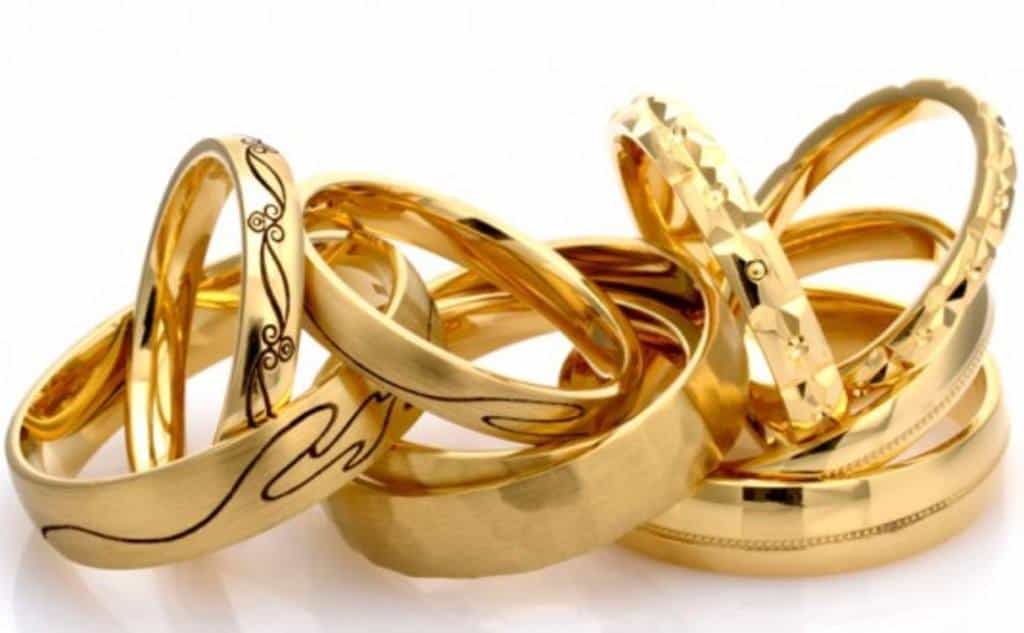 Metallurgists and jewelers make gold more practical for jewelry by mixing it with other metals to make it and stronger and harder metal, these mixtures are called gold alloys.  Some of the metals used in making gold alloys include, copper, nickel, zinc, titanium, and cadmium to name a few.  Some gold alloys however, can cause yellowing of the skin and other allergic reactions in wearers, this is from the other metal(s) in the alloy and not from the gold itself.

Silver is a very versatile metal and has not only been used in jewelry but also was used for many years as currency, and in recent years silver has become very popular in electronics because it is an outstanding conductor of heat and electricity.  Silver is very popular in jewelry because it is known for its luster and it is also more common and less expensive than gold or platinum.  Silver however, has a couple drawbacks as jewelry. 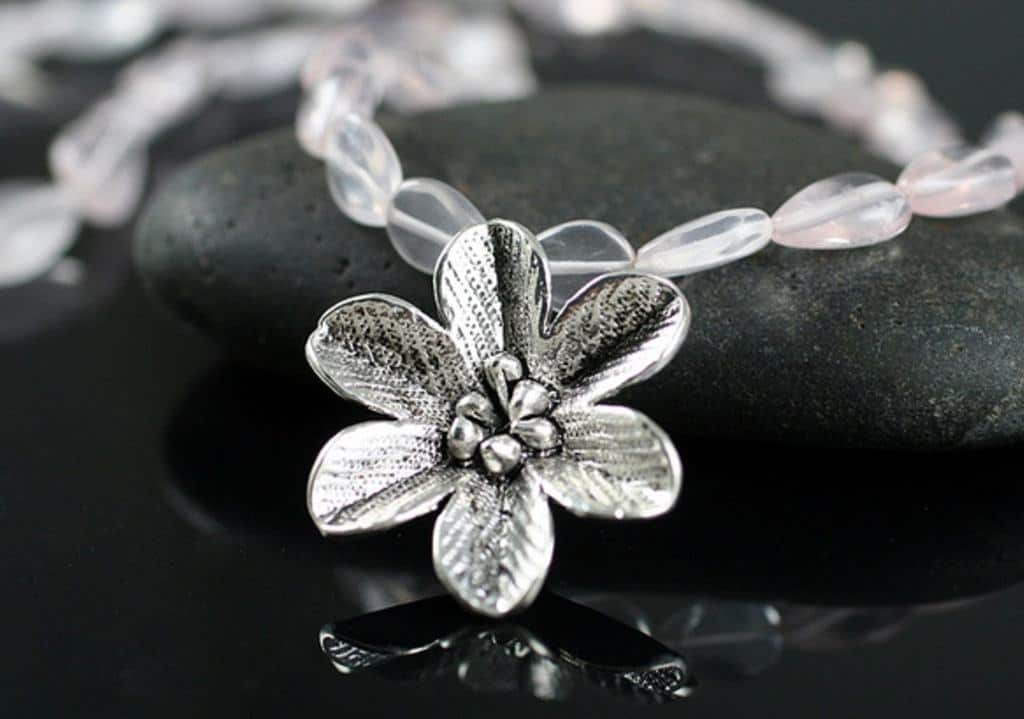 Unlike gold, silver tarnishes and is also tougher to work with because it conducts heat better than gold.  Tarnish is the layer of oxidization that forms on metals when they experience chemical reactions.  Silver tarnishes simply from prolonged exposure in our atmosphere, therefore more maintenance must be done with silver.  Proper storage such as in containers or bags that reduce exposure when not in use is the easiest way to prevent tarnish.  However, cleaning tarnish is also fairly easy to do with household items and there are silver cleaning kits available.

Pure silver, like pure gold, is also very soft and easy to damage.  Therefore silver alloys are mainly used when making jewelry.  By far the most well-known and popular silver alloy is Sterling Silver.  Sterling Silver is 92.5% pure silver and 7.5% of one or more of the many alloying metals used.  There are a few other silver alloys used in jewelry that were discovered by the Ancient Egyptians, these alloys are electrum and niello. Electrum is a naturally occurring silver alloy, whereas niello is a man-made mixture of silver, copper, and lead.  It is primarily used for an inlay in engraving or etching of jewelry.

Check out our choice for 10 affordable silver rings we think you’ll love!

Platinum is the third precious metal used in jewelry.  Contrary to popular belief however, platinum is not just one single metal.  Platinum is actually a family of metals all with similar properties.  The metals in the platinum family are, platinum (its namesake), iridium, palladium, ruthenium, rhodium, and osmium.  Of this group, platinum is the most commonly found.  Nearly all of the platinum metals are used in jewelry except for osmium.  Most of the metals are used in alloying to aid in strengthening or tarnish resistance. 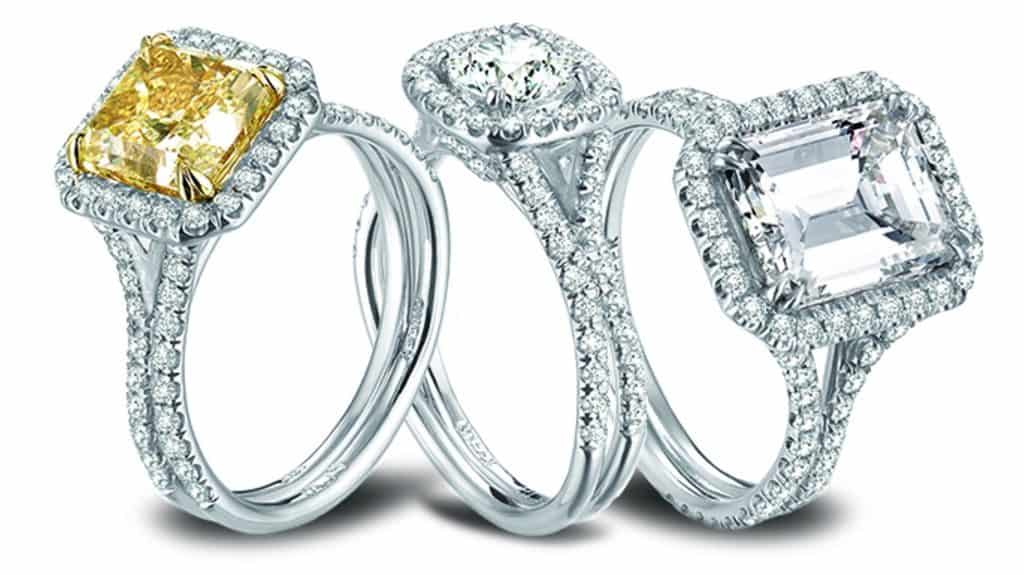 Platinum is the most rare and expensive of the precious metals, and is also the youngest in terms of jewelry use.  Platinum did see some use by the Ancient Egyptians as far back as 700BC.  However, platinum did not appear in Europe until the Spanish discovered it in Colombia, giving it the name Platina or Little Silver.

Platinum has a very high melting temperature and the main reason it never gained much popularity until the 1800s was because the refining process, melting it with arsenic, was dangerous.  The advent of the oxyhydrogen torch made refining the metal much safer.  As technology evolved, it made refining platinum easier and allowed expanded uses of the metal.  Platinum is used as a weight by the U.S. Bureau of Standards because it remains the same weight forever as it never oxidizes.  Platinum is also a component in catalytic converters in automobiles because of its ability to cause chemical reactions.

In jewelry, it became popular in the 1900s among the wealthy and Hollywood celebrities. Platinum is also a highly sought after setting for gemstones, and is actually the setting for the 530 carat diamond called the “Star of Africa” that sits atop the British royal scepter.

Knowing how these metals were mined from the earth we walk on and how it can have so many uses is truly spectacular. One can tend to easily overlook how the most valuable metals in the world can be found in unusual (and even common) places around us. Hopefully, this article has enlightened you on the different locations/materials to spot or locate these metals. It is also important to note that each one has its own unique quality that it brings and not one is necessarily more special than the other. Sure, their rarity may vary, but due to how distinct they are from one another, they are special in their own way.