One would say that the story of Savannah and Cole LaBrant is one for the books and very much a story fit for a modern fairy tale.

How Did Cole and Savannah Meet?

Savannah and Cole Labrant met last year at the Grove in Los Angeles, however, Cole mentioned in a video that he had reached out to her and her daughter on Music.ly – A popular mobile app that records the user lip syncing to popular songs. However, Savannah never reached out but ran into Cole at the grove a few months later.

Their love flourished after their first encounter. Cole, who is from Alabama and is a devoted Christian, led California born Savanna, whom had a child from a previous relationship led back to her Christian faith after meeting. 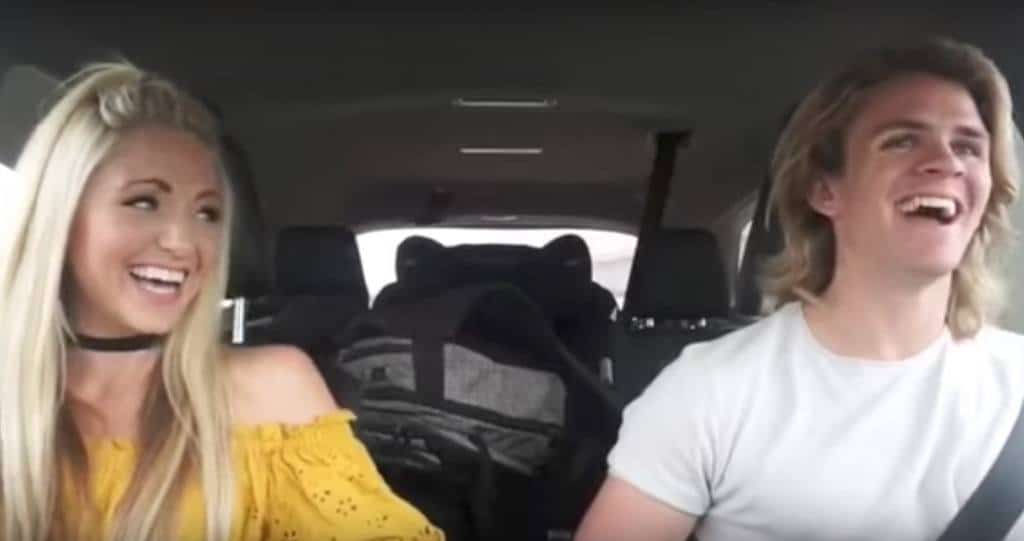 On the Youtube channel, they document their lives, first with a long distance relationship where Cole would visit Savannah in California and where Savannah and Everleigh would see Cole in Alabama. They would talk about their relationship and how they were meant to be with one another. Savannah and Cole would often talk about their experience being in love and Christian. They would preach their audience the importance of waiting to have sexual relations. Savannah has often preached the importance of waiting and what it has done for their relationship. “It might be hard, but the wait is worth it” Savannah mentioned in quite a few videos.

The relationship was beautiful. Cole felt very much apart of Savannahs family, as her daughter expressed her fondness over the Alabama sweetheart.

It wasn’t very long until Cole announced his engagement to the Beautiful Savannah and even proposing to her beautiful toddler Everleigh, promising her that he would be the best daddy.

Savannah constantly shows off her beautiful engagement ring via instagram. Right now, oval engagement rings are very much trending and we honestly understand why. The whole ring is covered with diamonds that highlights the oval shaped diamond that stands out.

The Couple finally posted their wedding video on Saturday, while they enjoy their honeymoon. After their wedding Cole LaBrant made a tweet stating he was no longer a virgin and the couple constantly posting updates on how in love they are.

No longer a virgin #MarriageRocks

We highly suggest checking out their beautiful love story and their wonderful wedding video. This is one love story to look up too no matter what religion you are. The video will bring a tear to your eye, especially when you realize how much love they all have for one another. We are so excited for the LaBrants and wish them the best fortune and luck for the coming years.