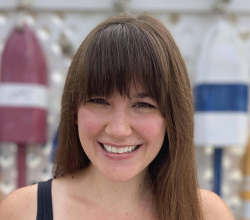 Lauren Vigdor
Jewelry Expert at Love You Tomorrow
Lauren Vigdor has extensive experience in the jewelry world and loves helping others find the perfect jewelry for their big day. She loves to give advice because she is a jewelry designer and artist that likes to help people find unique accessories that speak on a personal level.

Orange gemstones might not be the most popular or common for jewelry, but I still remember the pair of citrine drop earrings that made me fall in love with jewelry design. They were on display at a little shop where I used to buy my jewelry-making supplies. I never purchased them, and here I am dreaming about them over a decade later.

Orange gemstones are bold and unique, and they’re a great way to add warmth and joy to any style. In this guide, I’ll walk you through some of my favorite orange gemstones, along with their durability, hardness, other properties, and significant meaning.

Orange is a bold and unexpected color for a gemstone, especially when it comes to jewelry. They may not be the most traditional choice, especially for a gemstone engagement ring, but there exists a wide variety of orange-hued gemstones, ranging from the common citrines and ambers to much more rare spessartite garnet and orange diamonds. Read on for some of my favorite orange gemstones, including my favorite for engagement jewelry, the padparadscha sapphire. 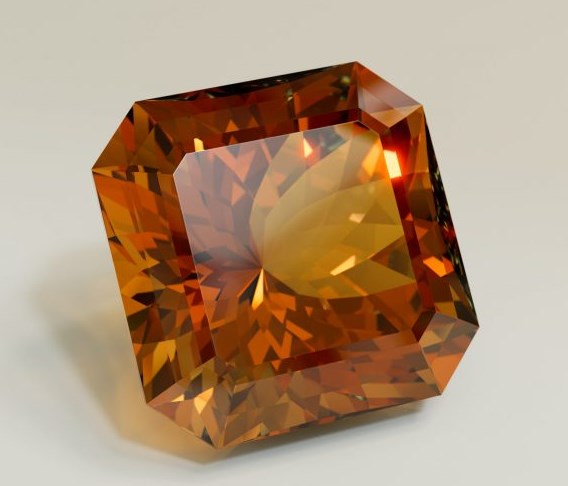 The color orange is almost synonymous with energy and cheer. It’s a warm, bright hue often associated with vitality and youth. Orange is frequently linked with happiness, joy, and positivity. It is also used to symbolize courage, creativity, and leadership. Some orange gemstones, such as citrine, are thought to bring good luck and even reverse bad luck. Many orange gemstones are believed to have healing properties and promote not only physical but mental and emotional health as well.

Which birthstones are orange?

What metals can you wear orange gemstones with?

Yellow gold or rose gold complement the warmth of orange gemstones, while white metals, such as white gold and silver provide contrast, making the gemstone pop.

Types of Orange Gemstones – (hardly an exhaustive list, though these are some of my favorites) 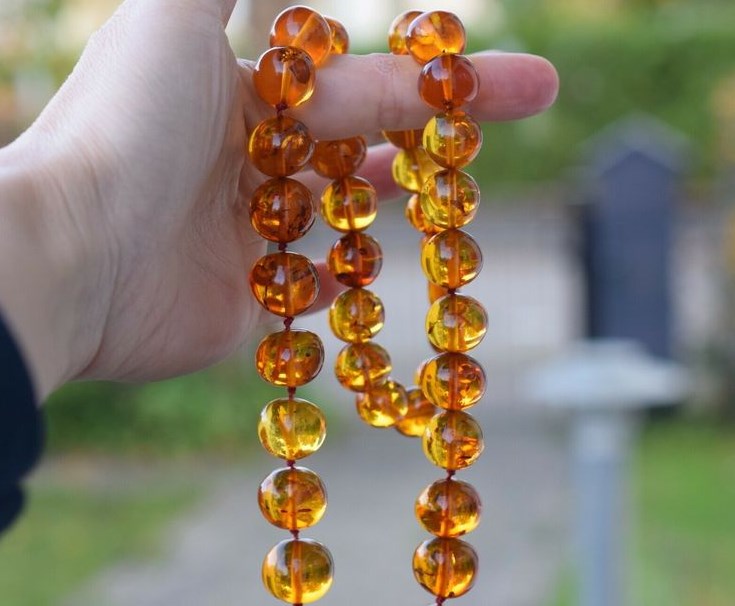 Amber is one of the few “organic gemstones” meaning it isn’t a mineral but is made from organic material (coral, below, is also an organic gemstone.) Amber is made from the hardened resin from prehistoric pine trees and can take several million years to form. It is a soft gem, and it sometimes smells faintly of pine. The most expensive amber contains insect or plant inclusions that were preserved in the resin. Amber jewelry was popular among Ancient Romans, and decorative pieces have been found dating as far back as the Stone Age!

The Baltic countries in particular are known for their amber. A few years ago during a trip to Latvia, I spent a day in Jurmala, a small beach town where amber washes right up on the shore!  Buy Here 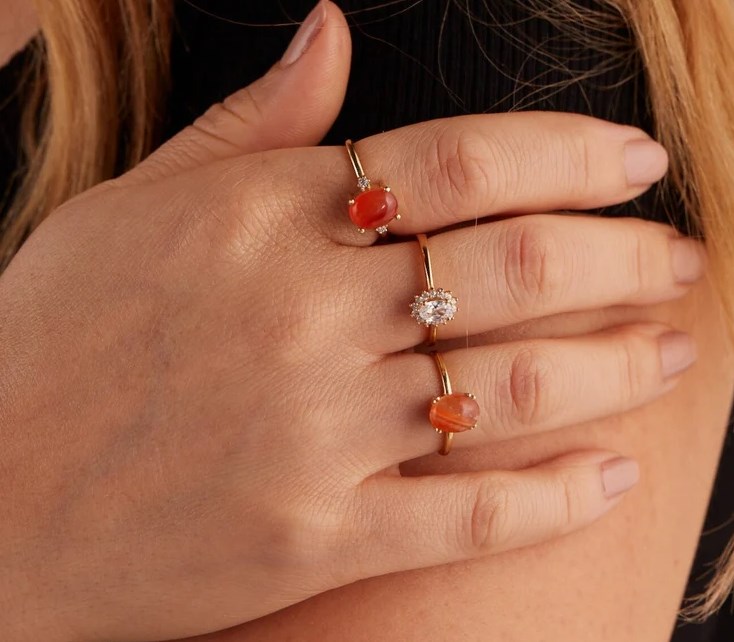 Carnelian is a type of chalcedony that gets its reddish-orange hue from iron oxide. Commonly associated with kings, it was very popular in Ancient Egypt, Greece, and Rome as jewelry and sometimes carved into signet rings. Napoleon had a carnelian which he famously carried into battle with him and subsequently left to his nephew. According to the Islamic religion, the Prophet Muhammad wore a carnelian ring. Buy Here 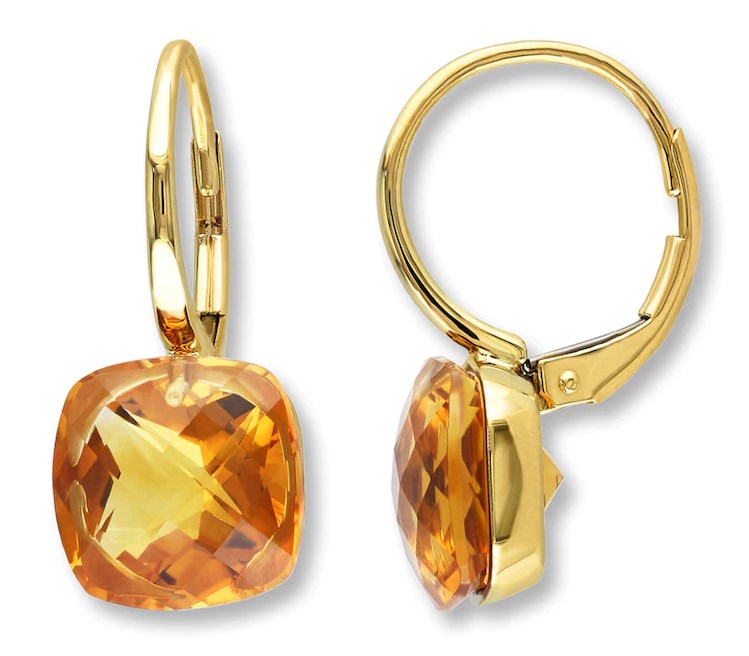 Citrine is a type of transparent quartz that is named after the Latin root for lemon. Natural citrine is relatively rare compared to other quartz, and a lot of citrine on the market is made by heat-treating smoky quartz or amethyst. Citrine was popular among the Ancient Greeks and Romans, who used it for decoration, on the hilts of blades, and as a way to ward off negative energy. Queen Victoria was also particularly fond of citrine. Buy Here 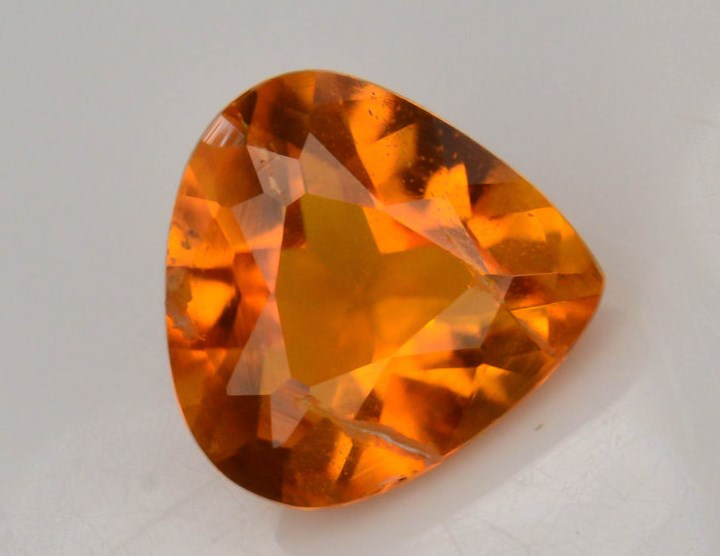 You may have never heard of clinohumite. That’s because it’s so rare that you probably won’t find it in a jewelry store. It’s a favorite among gem collectors, but any jewelry made from clinohumite is probably going to need to be custom designed. The stone was originally found in limestone that erupted from Mount Vesuvius. Buy Here 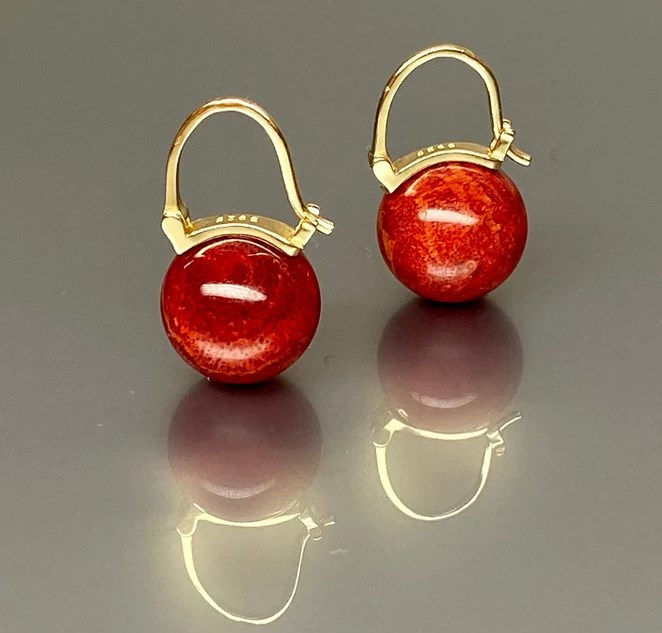 Another organic gemstone, coral is made from calcium carbonate and formed in the sea from the exoskeleton of coral polyps. Most coral is protected, but you can still find some coral jewelry on the market in the form of recycled, vintage, or even antique pieces. It is illegal to harvest all but the most regulated coral in the United States, and most parts of the world have at least some restrictions on coral harvesting.

Coral has been used in jewelry since before recorded history. It was particularly popular with the Ancient Greeks, Romans, and Native Americans. Buy Here 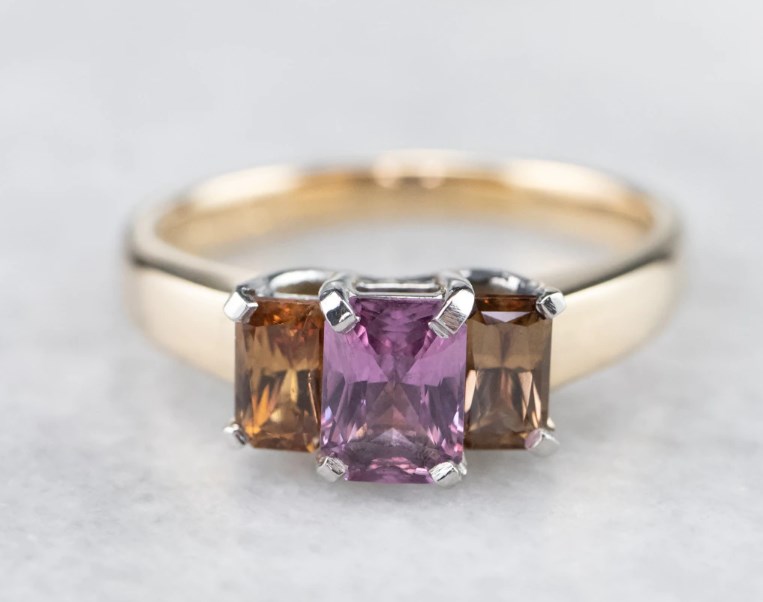 Hessonite garnet is a reddish orange-brown variety of garnet that is a relatively inexpensive option, unlike spessartite garnet (see below.) The name hessonite comes from the Greek word for inferior because the stone is less durable and softer than other types of garnet. Ancient Greeks and Romans carved hessonite into cameos or seals worn on rings. Legend says that Noah used a garnet to illuminate the ark. Hessonite is also one of the stones in the navaratna jewelry popular in South Asian cultures. Buy Here 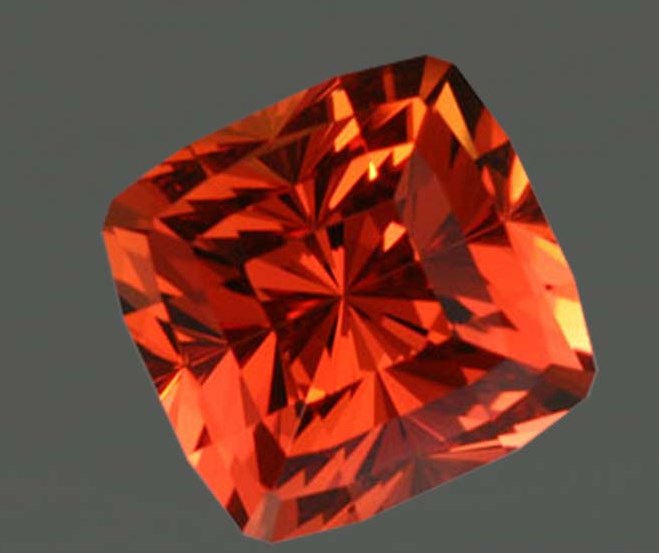 Topaz comes in a variety of colors, but Imperial Topaz is the name given to topaz that is a golden or pinkish orange color. It is considered to be the rarest and most valuable color of topaz. Buy Here

It has been found in volcanoes in Mexico and around the world, and some fire opals have been found in Aztec burial sites dating back to at least 850 AD. Buy Here 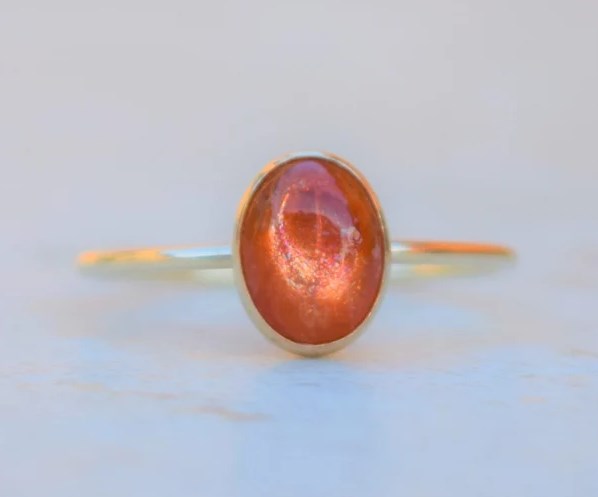 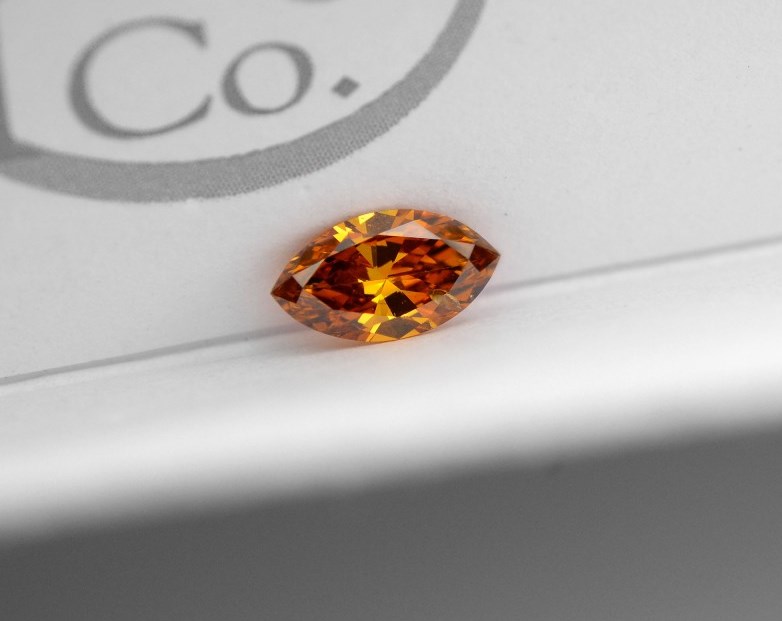 Orange diamonds are an extremely rare variety of fancy diamonds, making up less than 1% of all diamonds. They are created due to the presence of nitrogen during the stones’ formation. Also known as “fire diamonds” or “pumpkins,” natural orange diamonds come with a hefty price tag, though synthetic options are available. The world’s largest orange diamond, known simply as “The Orange,” sold for $31.5 million at auction back in 2013, and actress Halle Berry wore another famous orange diamond, “The Pumpkin,” while accepting her Oscar for Best Actress in 2002. Buy Here 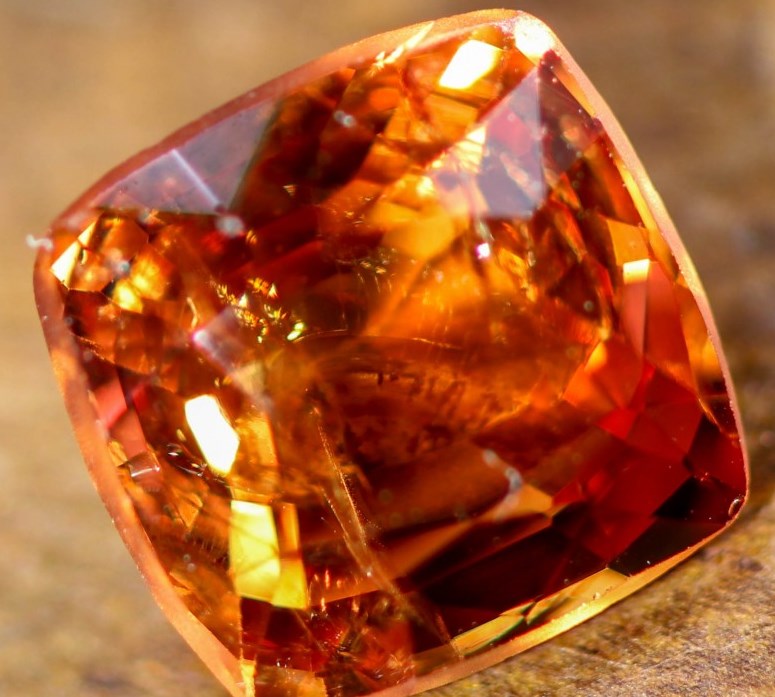 A rare shade of spinel, orange spinel is not quite as valuable as red or pink spinel. Spinel is an extremely brilliant stone that rivals even a diamond. Buy Here 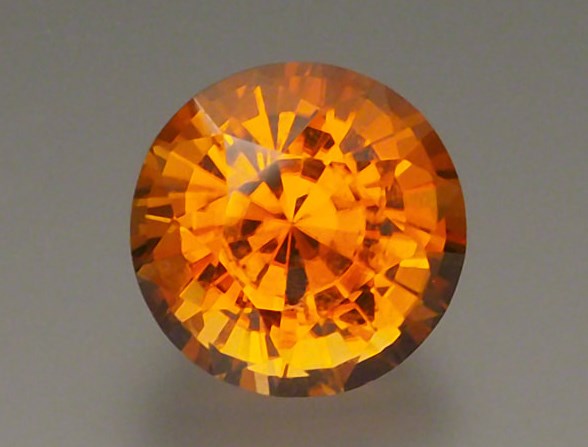 Orange is not a very common shade of tourmaline, but orange tourmaline does exist and is thought to balance emotions, purify the body, and promote spiritual growth. Buy Here 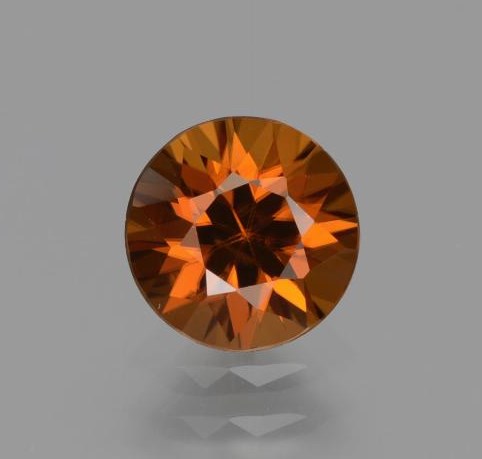 Not to be confused with cubic zirconia, zircon is a natural mineral (in fact, it’s one of the oldest known minerals on Earth.) It’s extremely brilliant and very clear, making it a good substitute for diamonds in jewelry. Zircon can be found in a rainbow of colors, and orange zircons have been referenced in history and in the bible as “hyacinths” or “jacinths.” Buy Here 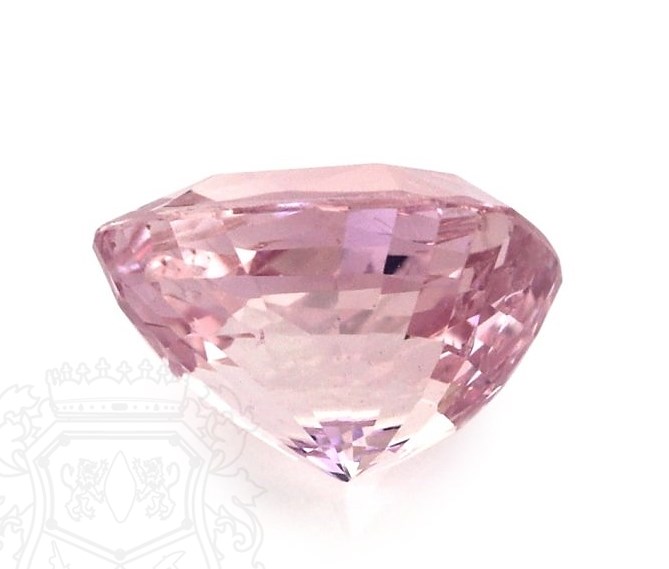 Sapphires are very durable and are often seen to represent strength and love. For those reasons, sapphires were actually the preferred stone for engagement rings before diamonds took the lead in popularity. Princess Eugenie famously sports a padparadscha sapphire engagement ring. Buy Here

Another orange garnet, spessartite (or spessartine) tends to be more expensive than hessonite garnet and is brighter orange or more red-orange than the brown-tinged hessonite. The brightest orange spessartite, known as mandarin spessartite or simply just mandarin garnet, is the most sought after. Spessartite garnets are a great choice for orange engagement rings since their hardness makes them a good choice for everyday wear. Buy Here 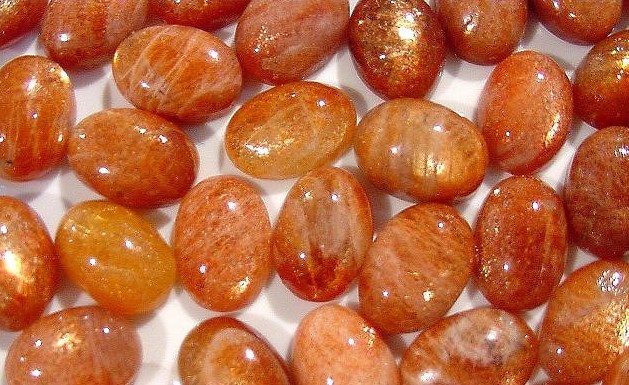 Sunstone got its name from its inclusions, which cause a glowing effect below the surface of the stone. Oregon sunstone is a particularly popular type of sunstone, found in the region for which it’s named, that contains copper inclusions. Buy Here

A Word to the Wise

Ask for a certificate of authenticity when buying precious orange gemstones such as diamonds or sapphires. They are extremely rare and hard to find in stores. Be wary of scams – anything that seems too good to be true probably is. 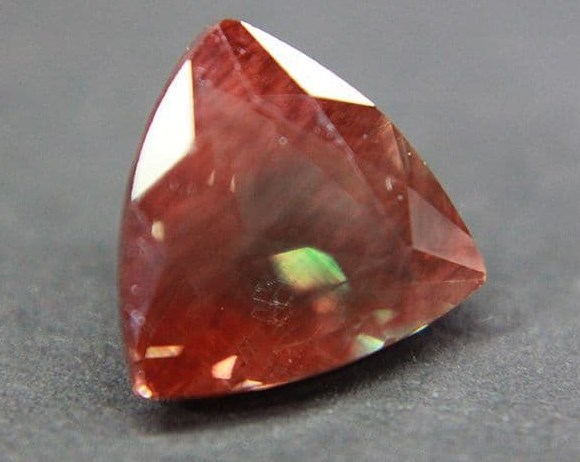 Question: What is the most expensive orange gemstone?

Answer: Imperial topaz, orange diamonds, and padparadscha sapphires are among the most expensive orange gemstones.

Question: How do you clean an orange gemstone?

Answer: Every type of gemstone is different, and should be cleaned in accordance with their specific needs. That being said, a soft polishing cloth or gentle soap and water works well for most stones. Many orange gemstones are heat sensitive, so extra care should be taken.

Question: What do orange stones symbolize?

Answer: Some orange gemstones, such as citrine, carnelian, and amber can be very affordable, while others, like orange diamonds or imperial topaz are among the most valuable gemstones in the world.

Question: What is the most expensive orange sapphire?

Answer: Padparadscha sapphires are the most expensive orange sapphires.

Question: Are there orange rubies?

Answer: There are no orange rubies because both rubies and sapphires are corundum, and any corundum that is not red is a sapphire. An “orange ruby” would actually be an orange sapphire.

Question: What are the best orange gemstones for an engagement ring?

Answer: Spessartite garnets, padparadscha or other orange sapphires, and orange diamonds (if they’re within your budget) are all great choices for orange engagement rings. They’re all beautiful gemstones and durable enough for everyday wear.

Question: What is the best orange gemstone for someone on a budget?

Answer: Both citrine and carnelian are beautiful, affordable orange gemstones. Because they aren’t as hard as other gems, jewelry made from citrine or carnelian should be worn with care.

While they may not be the most popular for jewelry or the most common, there are many types of orange gemstones that range in color from light citrusy yellow-oranges to deep caramel and rust tones. Some of them, such as carnelian, citrine, and amber, are very affordable, while others, like padparadscha sapphire and spessartite garnet are great options for engagement rings or everyday wear. Orange gemstone jewelry is a great way to infuse your day with energy and joy, and maybe bring a little creativity or healing power into your life.